Written by Mosima Selekisho on 06 March 2019. Posted in Press Releases

International Women’s Day has a provocative theme this year – Balance for better and encourage action. Presumably, balance is currently poor and action is needed for women to reach their goals.

Most would agree with this assessment and IWD commentators will doubtless interrogate ‘the usual suspects’ –cultural norms, patriarchy, resistance to change and the supposed failure of some women leaders to do more to uplift other women.

The cry that top women don’t do enough has become strident in recent years.

I am well placed to judge. As a so-called head-hunter for executive talent, I interact with women at the top of large organisations and with a new generation of female go-getters. 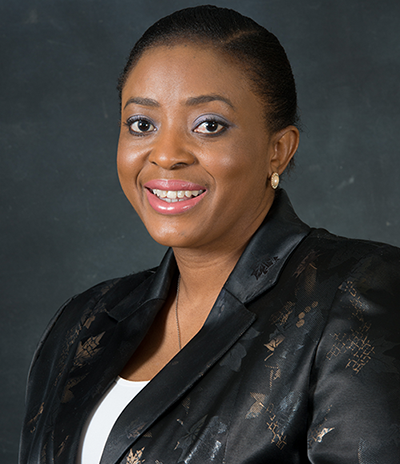 Conversations over several years suggest the reasons go beyond demands on time or disinclination to lend a hand on the basis that ‘nobody helped me so why should I smooth the way for this newcomer?’

Top women find it difficult to help because they themselves are wounded and live with a lot of internal pain. This is never admitted.

One characteristic of top achievers is that they put on a good front. They always seem in control. This mask never slips. Perhaps it should.

The pain is inevitable. Women give of themselves and live every day with issues affecting husbands and partners, children and family members.

The scrapes of children at school, financial obligations when you’re the biggest earner in an extended family, a spouse’s career difficulties, the problems of kids at university, even police enquiries affecting members of the wider family ... all these issues and more have to be handled day by day.

The woman who supposedly has it all is expected to solve it all. That can mean anything from helping a sibling quit substance abuse to paying the legal fees of a partner facing litigation.

What can women do about it?

First, look in the mirror and confess the professional front has become a mask.

Admit you have been carrying internal pain for years. You might even be embittered by the thoughtlessness of others and their assumption that you will always cope.

This gives you a chance to release the pain.

Those who have gone along this road say honest discussion with those close to you gives the best chance of a pain-free future.

The blame you cast on those around you will be replaced by deeper understanding while those close to you will realise they can’t simply add to your burden. You also have a life.

Women released from private pain have more time for colleagues. Greater rapport leads to greater willingness to help. Upliftment of others is natural after that.

Wounded women find they also achieve career growth. The focus falls on blind-spots and getting the wider team to work toward a single vision. The top achiever begins to see areas in which she can also improve.

Carrying burdens makes you strong, but you eventually stoop under the weight and see just one step at a time. You only see the big picture and help others when you put the burden down.