What to do when…Integrity may get you fired

Rising levels of perceived corruption have sharpened the ethical challenge for those in responsible positions. When the spoils might run into billions, it seems you can be fired for doing the right thing and rewarded for doing what you know to be wrong. How do you stay on the side of the angels, stay in your job … and stay out of jail? 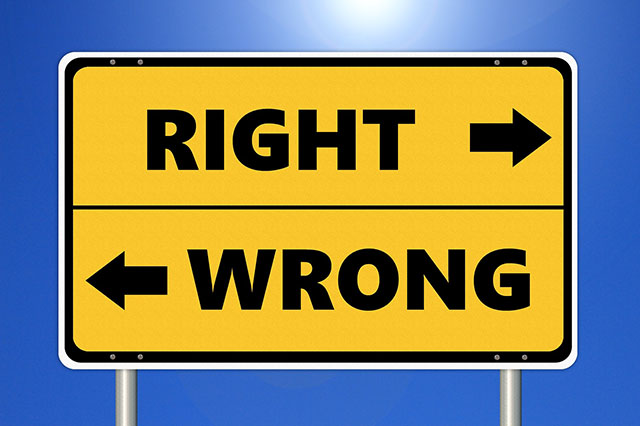 The PwC study, Strategy & Recent CEO Success notes an international rise in ethical lapses and subsequent dismissals at senior level. It attributes the uptick to public outrage at corporate scandals, social media as a platform for experience-sharing and a 24/7 news cycle that makes any cover-up highly problematic. The topic is also examined by author Ira Chaleef in his book, Intelligent Disobedience: Doing Right When What You’re Told to Do Is Wrong.

Intelligent Disobedience indicates the impossibility of being only slightly dirty. You might  object to an unethical practice and go along reluctantly, but your ethical lapse can still land you in jail. So, do you simply resign in protest and walk away?

Sometimes, this is the only thing to do. You might then go public and become a whistle-blower – with huge personal consequences if you are labelled a ‘trouble-maker’. This is not always a wise move, and is often not necessary.

In a small market like South Africa, industry peers, professionals and specialists in executive recruitment are usually aware of the organisations where leadership is flawed and irregularities are apt to occur. Quitting an operation like this – or being fired for taking an ethical stand – holds no stigma. Your career will often resume an upward trajectory after an initial bump or two.

In many cases, however, the issues are not nearly so clear cut. The organisation might decide on suspension rather than dismissal. You can then be pressured to go quietly. In South Africa, there have been cases where senior personnel have been suspended for years, leaving them and their careers in limbo.

With this in mind, it may be advisable to avoid an outright rift in the event of unethical demands.

Obvious shock. By your tone and facial expression indicate the request has taken you aback. Don’t give an outright refusal (yet). Your demeanour may be enough to prompt a rethink. The boss or board may backtrack and subsequently abandon the idea without losing face.

Seek clarification. Ask ‘Did I understand you correctly? Do you really want me to do this?’ You might even ask for the instruction to be put in writing. (For your own part, never sign any documents sanctioning unethical practices. This puts you in the cross-hairs while guilty parties stay camoflaged.)

Suggest a better alternative. There may be a chance other, less dubious, steps could be taken and deliver a positive outcome.

Emphasise self-preservation. Use expressions that enable a superior to retreat. Say, ‘This could make us look bad if this comes’ rather than ‘You will look bad.’ Point out that in the social media era, dirty secrets always come out eventually and this will not look good for ‘us’.

But, at the end of the day, remember there are worse things than quitting a job or being fired from it … for instance, going to prison.