Women's Day: watch out for the queen bee 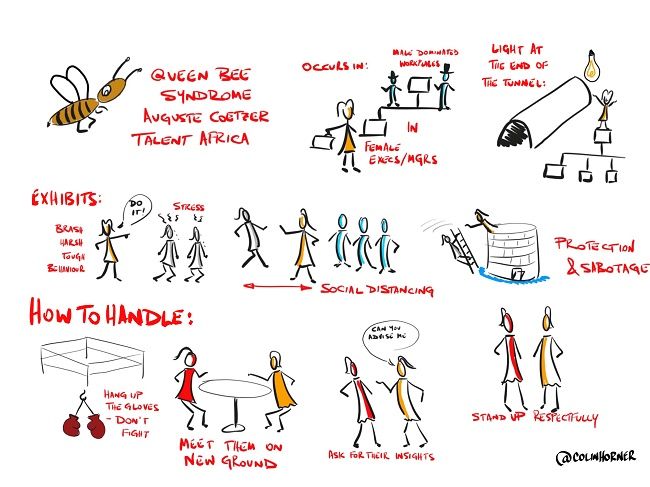 Women’s Day is a chance to celebrate women who succeed against the odds, especially those who reach the top in a man’s world, despite male protection of their turf. ‘The Queen Bee Syndrome’ gets nowhere near the same attention. Yet it is a growing problem for up-and-coming career women.

Women’s Day alert … watch out for the Queen Bee

It’s not as though this is a recent phenomenon. ‘Queen Bees’ were first documented in a US academic study in 1973.

The syndrome is defined as a pattern of behaviour exhibited by women in authority or power who treat subordinate females worse than males purely because of their gender.

Queen Bees not only fail to assist or mentor women in junior positions but also women reporting directly to her. She may actively sabotage another woman’s development by belittling achievements, passing on damaging gossip, unfairly criticising work and social exclusion.

Many studies since the 1970s have confirmed the Queen Bee’s impact.

US research in 2010 by the Workplace Bullying Institute found that female bullies direct their hostility to other women 80% of the time – up 9% on findings in 2007.

A 2011 study of 1000 working women by the American Management Association said 95% felt they had been undermined by another woman at some stage.

Other studies indicate that women often find it more stressful to work for women bosses than men. For example, German researchers discovered that women who report to women suffer more from headaches, depression, insomnia and heartburn than women who work for men.

Now a local study by Johnson and Mathur-Helm has confirmed that South African women also have to contend with Queen Bees. The net effect is to hamper the career growth of women.

Research suggests the problem is most prevalent in a male-dominated workplace in which women tend to be devalued. The issue is not confined to the upper echelons. Similar problems can arise when women workers report to female supervisors.

It also prevails when the “boss lady” is not coping and not delivering in her own position.

A key finding is that the “alpha-female” takes on male traits and acts ‘brash, harsh and tough’.

‘Social distancing’ techniques have been observed whereby the Queen Bee aligns herself with the dominant group (men in positions of power) while criticising her own gender. In effect, the Queen Bee identifies herself as a misogynist.

How do you counteract a Queen Bee?

Whatever you do, don’t emulate her behaviour and don’t try bullying her back. She’s good at infighting and wins on her own turf.

Attempting to sabotage the Queen Bee is also not recommended. She will retaliate. Subordinates invariably lose out.

One tip is to show emotional strength. Don’t cry at work. Don’t show you’re distressed by a child’s illness or domestic difficulties. This can be misreported as failure to cope.

Try to meet the Queen Bee on new ground. Ask for her insights on how to make career progress.

If problems continue, stand up to the bully, but be diplomatic and respectful.

Perhaps there’s some light at the end of the tunnel.

One New York study says women are more likely to secure senior jobs at firms with a woman chief executive. Talented female subordinates win through once a woman is at the very top … suggesting the Queen Bee’s sting won’t last forever.

Media Coverage: this article was published on the following websites: